For full article on the whole month from Sept. 9 to Oct. 9, click here!

It was suggested six months ago that based upon the pattern emerging up to that time
(that is, from autumn of 2002 until spring of 2009), the following things would occur and when:

And so, the above excerpt quoted from the original chart happened exactly as suggested. It was not so much a prediction as an observation that was based upon an emerging pattern. However, the moth pictograph bible code certainly was prophetic, as certain signs in keeping with that code have been occurring on a specific time table the past seven years.

2. Swine flu hit "epidemic level" during this exact week for the first time.

"During week 39 (last week), 6.5 percent of all deaths reported through the 122-Cities Mortality Reporting System were due to P&I," the CDC said, adding that "this percentage was at the epidemic threshold of 6.5 percent for week 39." (See news articles below.)

3. Also, the vaccine began to be distributed Tuesday morning, Oct. 6, 2009, that is, exactly in the middle of the specified week! (The "middle of the week" is important numerically, and part of the pattern, see Dan. 9:24-27.)

4. Moreover, God is showing "grace" in the epidemic as predicated. Nevertheless, this minor epidemic serves as a prophetic prototype of a dreadful one still to come that may yet be many years off.

5. Moreover, the epidemic is predicted by epidemiologists to last 2 or 3 years more, thus potentially bringing us to the autumn of AD 2012, which would complete the span of time specified. ( See chart below put on the internet half-a-year ago.)

The following are quotations from news articles on Friday Oct. 9, 2009:

HOUSTON, Oct. 9 (Xinhua) -- Signs are growing that the United States is entering the first stage of a second wave of the A/H1N1 flu epidemic just as the country officially began the flu season on Oct. 4.

The CDC warned last week the second wave of the A/H1N1 epidemic was imminent.

The most noticeable figure released on Friday is an increase in the proportion of deaths attributed to pneumonia and influenza (P&I) based on the 122 Cities Report.

"During week 39 (last week), 6.5 percent of all deaths reported through the 122-Cities Mortality Reporting System were due to P&I," the CDC said, adding that "this percentage was at the epidemic threshold of 6.5 percent for week 39."

The CDC confirmed 405 more deaths in the past week, bringing the death toll to 1,784 since the beginning of September.

Meanwhile, visits to doctors for influenza-like illness (ILI) continued to increase in the United States. Nationwide, 5.1 percent of patient visits reported through the U.S. Outpatient Influenza-like Illness Surveillance Network were due to ILI, against 4.2 percent in the previous week.

"This percentage is above the national baseline of 2.4 percent," the CDC experts said.

Both the World Health Organization and the U.S. National Respiratory and Enteric Virus Surveillance System reported that 99percent of all subtypes of influenza A viruses being reported to CDC in recent weeks were 2009 influenza A/H1N1 viruses.

All these figures indicate the country as a whole is entering the first stage of the second wave of the epidemic of A/H1N1 virus and the CDC and state officials and experts will accelerate the pace of vaccination around the country.

19 Fatalities Reported in Past Week, Including 2 in Maryland, as Vaccine Distribution Gets Underway

The number of children who have died from swine flu has jumped sharply as the virus continues to spread widely around the United States, striking youngsters, teenagers, young adults and pregnant women unusually often, federal officials said Friday.

The deaths of another 19 children and teenagers from the new H1N1 virus were reported in the past week around the country, including two in Maryland, pushing to 76 the number of fatalities this year among those under 18, officials said. It was the largest number of pediatric deaths reported in a single week since the pandemic began in the spring.

"These pediatric deaths seem to be increasing substantially," said Anne Schuchat, who heads the federal Centers for Disease Control and Prevention's National Center for Immunization and Respiratory Diseases.

While most of the children who have died have had other health problems that made them particularly vulnerable, such as asthma, muscular dystrophy and cerebral palsy, 20 to 30 percent were otherwise healthy, Schuchat said.

Between 46 and 88 children died from the seasonal flu in each of the past four years, so the fact that so many have already succumbed is disturbing, Schuchat said.

"It's only the beginning of October," she said, noting that the flu season usually starts much later and runs through May. "We saw a peak of deaths, you know, starting April, May, June. It started to level off this summer. Now it's starting to shoot up again."

The following was copied from the Swine Flu article...

About the Following Chart

The Lord showed me that “the flu would fly” on a time line spanning 10 years commencing from the discovery of the Moth Bible Code. These ten years would be broken down as 3+7 or 7+3 years, with the seven years further divided in half.

Click here for "How to find any date in time on the 360 calendar."
(Also note possibility of a one-month lag.)

Note: Exactly three years (on 360 Calendar) after the Moth bible code was discovered I wrote the article on the forum about the coming flu as based upon the importance of the date of Sept. 30, 2005. Exactly 1290 days after this word from God on Sept. 30, 2005, the first known death due to what would later be identified as Swine Flu occurred. "1290" days is exactly 3.5 years on the 360-day bible prophecy calendar during that period. Also see, "What about AD 2012?"

Note what happened 1260 days later: The stock market (DJI) reached its lowest point (intra-day low) on March 6, 2009, and 3.5 days later it set its record closing low. Recall that the Moth bible code likewise combines two images, the one representing economic collapse (represented by "three coins") and the other the flu (represented by the "moth"). This bible code also uses the numeric of 1260 + 1260 letters/days!

For full article on the whole month from Sept. 9 to Oct. 9, click here! 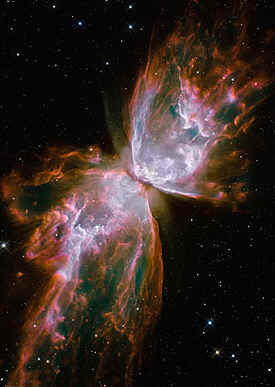 The timing of its release makes me wonder if it is a sign?

How to find any date in time on the 360 calendar

North Korea conducts Hiroshima-size Atom bomb test on May 25, 2009.
Just another sign of what's to come. 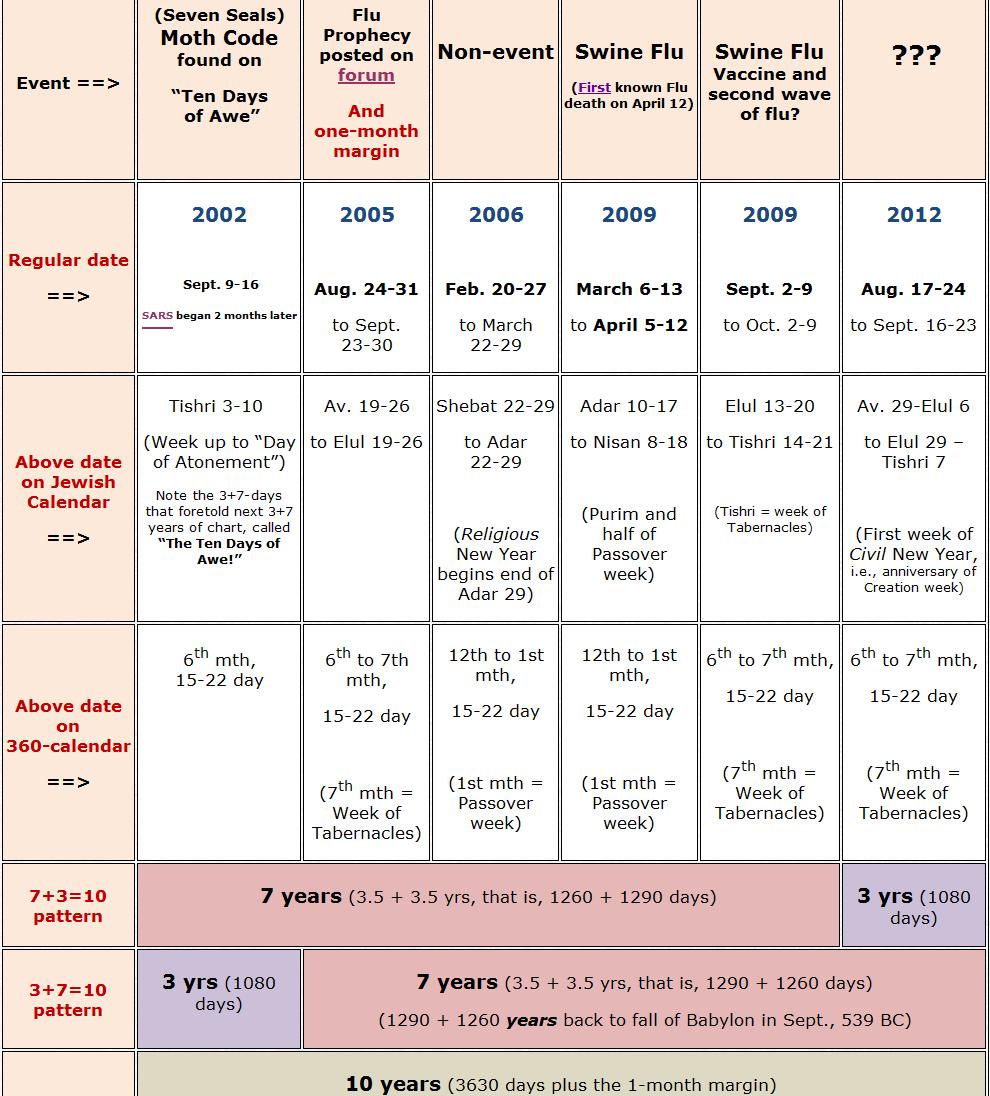